So you’re going global and need a translation into English but you have to choose between Australian or British and American English. This will of course be dependent on your audience and where you are selling your product or service. I’m going to focus here on Australian English as I live in Australia! Let’s have a look at the main linguistic differences between the two.

The 4 main differences are:

Variations in spelling include double consonants (e.g. traveling (US) and travelling (AU), canceled (US) and cancelled (AU) and the use of ‘z’ as in organization (US) or organisation (AU) and analyze (US) and analyse (AU) and then many -er words in US English are spelt as -re in Australian English (e.g. center and centre).

Americans often use the YYYY/MM/DD format and when written out, dates also differ in the order. So you would have September 20, 1995 (US) or 20 September 1995 (AU). For years often there is an apostrophe in US English as in 1980’s and none in Australian English. Time differs in the punctuation for example 8:10a.m. (US) and 8.10am (AU).

Then of course there are the language specific vocabulary items. These are often nouns and sometimes expressions that vary between the two language variations. This includes words such as faucet (US) / tap (AU), diaper (US) / nappy (AU), cilantro (US) / coriander (AU). I recently translated a whole set of recipes and there were many subtle differences, for example: no-fat (US) / fat-free (AU), ground beef (US) / beef mince (AU) or whole wheat (US) / wholemeal (AU). In terms of expressions, one particular interesting example I came across was the term ‘to reach out’ in US English which is the equivalent of ‘to get in touch’ in Australian English.

Punctuation is not too different although there are some subtle variations including full stops or periods after titles, so it would be Mr. and Mrs. (US) and Mr and Mrs (AU). US English uses “double quotes” for initial quotations and then ‘single quotation’ marks for anything that is quoted after. This is the opposite in Australian English which uses ‘single quotes’ for initial quotations in the text and “double quotes” for quotations within the original quote.

I often have to adapt to client needs in terms of the language variation I use in translation and I also localize/localise documents into Australian English for American companies, often in the pharmaceutical sector. There’s always something to learn and add to my repertoire! Do you have any weird and wonderful examples of differences between the two forms of English? 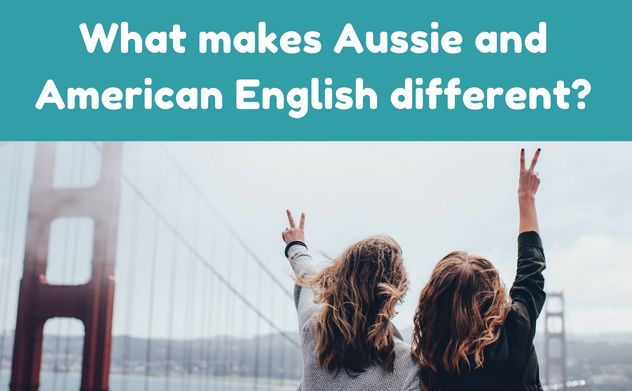